Background: Being a silent listener of the conversations of Ukraine vs Russia war between me and my elder daughter for 2 days, my younger daughter often put a full stop to it saying, "I don't understand a thing."

As we drove to the school this morning, my younger daughter shot, "Amma, is it a world war?"

"No, it's a war between Ukraine and Russia. If other nations join in, then it will turn into a world war," I reply.

"Amma, how does the country know they have won in a war?" she questions back with curiosity.

"When another realizes they have a shortage of resources they surrender. Or, they fight till the end and die," I respond.

"What does the winning nation get?" she countered.

"I don't know. Not something that is meaningful that I am aware of," I answered thoughtfully.

"I don't understand - why do they fight at all to die!" she made a statement.

"They are not as smart as you are," I smile. 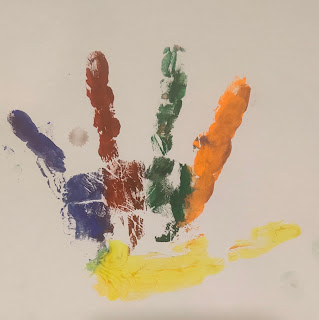 through a front windshield

leads to peace within