How to catch a Goddess? 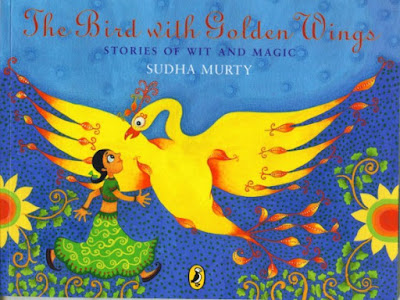 I was back home early after dropping kids to school. I did not go on my regular walks. I sat down to take a glimpse of news that interests me. Out of the blues mom asked me if I could drive all the way to Udupi. I said I was planning to do so next month, since I have planned a visit. She was happy to hear that. Even before I could ask her about anything, she said she has planned a visit to Udupi with her friends and did not want to miss on that. She did not want to travel by bus as she suffered pain in her foot because of the twist near her ankle. Probably she was on a vent out mode; so I switched to listening mode.

She made a random statement saying she would do whatever she can until she is able to. Probably my brother's family were planning for a family extension, and my mother was a little worked up because of that. I still asked her why was she saying that. She confessed that Akshata (her daughter-in-law) said that she usually does not get involved with house work, for she wants to learn music and do social service. I smiled. My mother continued saying that she has informed them(my brother's family) that she will not be able to take care of an infant anymore. I hummed and nodded my head. Further she adduced that it would be their decision but she has informed about her take on it. I again nodded with a hum and a smile. After all I had gone through this phase almost a decade back.

If not a biological kid they wanted to adopt a kid with the thought of service in their mind. It is indeed a service I said to my mom though in the back of my mind I was telling myself, adopting is not just about taking care of financial needs. It is a lot, lot more than that and I heartily felt my brother and sister-in-law are not even ready for second biological kid (for he is busy and she is as confused as always), adopted one according to me was out of question. However I kept my thoughts to myself.

I could sense my mother also feeling the same. She informed that if they want to do service it could be done without any adoption like supporting the kid(s) for education or so. Adoption or biological kid would mean she taking care of kid, she felt. Any service should start at home then extended to social circle she commented. I nodded. However, I have made my point clear to them she exclaimed. I said it was good on her part to have made her point clear. I added "Yes, I agree with you, any service should start with love and no room for hatred at home."
After that we exchanged plans for Udupi visits and other day to day dealings. We got involved in our stuffs and day went by.

In the evening, I was helping my younger with homework and elder with Maths studies when the youngest, my niece, came running and announced that her moomy (sometimes I get confused if she is saying moomy(her mother) or maami(me)) is taking us out for ice-cream treat. What a co-incidence I thought. Just in the morning, no time for kid was being discussed, and evening time was being made for kids. With that announcement kids were in no mood to continue with studies. Their attention was deviated to ice-creams. I let them go. There was no point working on something without interest or focus. So, they went and enjoyed their ice-creams. Of course, they asked me to join in but I was in no mood for an ice-cream. More over I had to write request letters for a couple of things so skipped on the ice creams.

Elder returned after sometime to resume her studies for exams and informed that the other 2 went for a walk with Akshata maami. I felt good that kids were having some fresh air and I was having some "me time." After an hour’s time kids returned. As soon as they returned, they insisted on making popsicles which I prepare once in blue moon for them. It hardly takes 10 minutes for the preparation, of course it takes a couple of hours to freeze into popsicles. I was in a good mood after my ‘me time’ in the evening, which otherwise would be occupied with the kid’s homework, project work, their studies and tantrums; so I did not refuse their request. After the popsicles program, we slipped into bed.

The younger and the youngest were fighting. My younger did not want my niece to sit with me to listen to the bed time stories. I asked her the reason. She said "I was all the while simply sitting in the carrom area down stairs doing nothing. There were other kids playing carrom, and Akshata maami was busy attending Khushi." I realised that my niece being very cranky when her mother is around and craving for her mother’s time, she would have not let her mother attend to my younger; so my younger wanted to repeat that on the youngest now. I did not want to get in between their problems. I asked them to resolve it on their own and then come to me for bedtime stories.

I kept the book aside, picked my phone to watch youtube and let them solve their issues. They sat silently for some time. Finally they realized that none would get bedtime stories with out resolving their issues.
My younger declared “Khushi, only today you can listen to bedtime stories from my mother. Tomorrow on wards you ask your mother to tell you stories.”
The youngest wanted to escape the current blow and instantly agreed. At last both came to me.

I asked them to choose a story from “Stories of wit and magic” by Sudha Murthy. My niece chose “My father’s wisdom” going by the pictures. As I finished, she left. Now it was my younger's turn. She chose “How to catch a goddess?” after glancing the list. As I began, with her arms around me she said “I am already catching a goddess.” I looked at her. Even before I could do or say something she declared “Mother is the first god.” She made my day. I hugged and kissed her for her sweet calculated gesture and ended up reading couple of more stories for her.