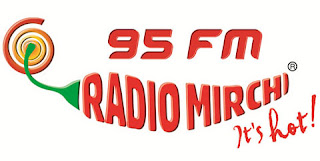 You are listening to @radiomirchi (mirchi 95) as you drive the kids to school. The ‘da channel’ as my daughter calls it. It’s not the soft article “the” but the trendy hard “da”. “Da” is something her friend in school is very used to and my daughter often listens to. She remembers this channel, because of the “da” usage in Mirchi 95. Destination-school reached. The kids get down and wave a bye with a flying kiss.

Then you drive to the park for the morning walk, you try to plan the rest of the day and eagerly wait for the “shuruaat shayari” thrown by @mirchijimmy on his morning routines. You switch from car to mobile for your morning josh on radio as you walk into the park. You are on high volume to listen to this guy and not get distracted by the other radio that’s running on the public gym in that park.

This witty guy always manages to leave you with a smile, either with his twists on his rhyming shuruaat shayaris or providing you with less known info about your own city Bengaluru or helping you kick the butts of your brain cells through brain gym (He calls it brain Jim though :D ). You just love listening to him in the morning though you don’t enjoy a lot of ad breaks that gets between your ears and his talks. But you bear the burnt for his talks. After all, his energy sparks in his talks!

He announces his “shuruaat shayari” for the day. It’s one in which he creatively builds the first few lines of the shayari on the topic of his choice, called the shuruaat. He then asks his listeners to finish it for him. You always try and finish it, for the love of that creative kick. Simple! Isn’t it?

Now coming to today’s shayari - It was on whether Dhoni should retire or not. It was a tu-tu main-main between us. You thought Dhoni should stay back while he strongly felt it’s time for him to go. We stuck to our views. Respecting each other’s views, we concluded that he is a legend irrespective of the fact that he struggled at times during the world cup matches.

Along with the quick chats with his listeners, Jimmy was juggling his show. He was asking the listeners on the list of items that could make it to GI (Geographical Indication) of Bangalore. There were people who gave different views. Some, probably the daily commuters, said “traffic”, few others, probably the gutsy ones, felt its “waving your hand at the traffic signal to stop vehicles”, the rest, probably the coffee lovers like yourself who always are greedy for that little extra of the by 2 coffee, felt its “by 2 coffee”. However, the one thing that you felt Bangalore stood out was the use of “da”. Be it in the office you worked, or be it in the kids circle, be it over the phone or be it over the messages or be it on radio …….. “da” has become very native to namma Bengaluru. You leave a message to Jimmy and continue to walk.

An unknown number blinks on the phone. You pick the phone to realize that you are on AIR.

“Hi. This is Jimmy from Radio Mirchi.” you hear the enthusiastic voice.

“Hi. Good morning Jimmy!” You reply a little surprised and a little taken aback. Surprised that it was a call from Mirchi Jimmy. Taken aback because you were not able to hear him clearly; the radio on the public gym had taken over. You walk a little away from the gym area.

“AP” you say, not wanting to go public.

“AP is Andhra Pradesh, is it?” he quipped.

“Yes. It is. You can also take it as Attitude with a personality.” you quickly think over an expansion for your abbreviated short name, AP.

“Abba ba abba ba abba ba” he went into non stop attitude hangover with your reply. You could not resist his hangover and your smile as well. You just had blurted out.

Then came his standard question "are you happy?", making sure the person switches to happy mood as he continues.

Then came his question of the radio show. “What do you think is a thing that can get into the list of GI of Bangalore?”

“It has to be ‘da’, Mirchi da, Jimmy da” you reply controlling your laugh.

He agreed instantaneously and next came “Are you a Bangalorean da?”

“Yes, I am very much a Bangalorean.” You reply.

“How long have you been in Bangalore da?” he tried to dig.

“Since my birth” you brush away his question not giving him the details.

“Enjoy every moment of life.” you smile with your reply.

“I must meet you sometime. Your conversation has been so cryptic.” He announced.

You thank him for having you on AIR and the call ends.

Your voice sounded so very cryptic to you as you hear it after a few minutes on radio. Hai re!, Mirchi lagi!

January 02, 2020
(Migration to Bengaluru - how the problem of population due to migration be solved was a topic of assignment for our creative writing class. Bangalore being home for me this is how I look at it.) It’s not every place on earth where bright sunlight lashes on the face and the cold breeze chills the body at the same time. Not every place can exercise diversity. From early morning variety dosa to late night smoke breaks; From temple walks to bike rides; From pool side beer to traffic in the burning sun; From non-stop chats to serious weekend talks; From street beggars to IT jobbers; From theatres to multiplex cinemas one can see extremes in any aspect chosen. Such a free city is ‘Namma Bengaluru’, and that is why a lot of people hope to come here. So, evidently there are many economic, social, and physical pull factors why people migrate to Bengaluru.  The first thing is a ‘brain-drain’ of IT hub. However, Bengaluru is not only IT capital but also capital of aeronautics, automot
Post a Comment
Read more